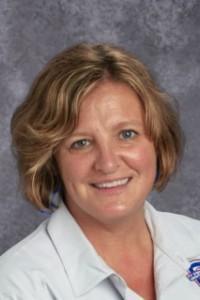 O'Bryan named 2021 TN State Principal of the Year by NASSP

The NASSP National Principal of the Year program recognizes outstanding middle level and high school principals who have succeeded in providing high-quality learning opportunities for students as well as demonstrating exemplary contributions to the profession.

Each of the 50 states, the District of Columbia, the U.S. Department of State Office of Overseas Schools, and the Department of Defense Education Activity select one middle level or high school principal to represent their state. From these state winners, three finalists are named as contenders for the National Principal of the Year award. The NASSP National Principal of the Year is selected from among the finalists

Dr. Russell Dyer had this to share about O’Bryan’s honor, “Mrs. O’Bryan continues to represent Cleveland City Schools well across the State of Tennessee. We are very proud of the work that she continues to be recognized for this year and for the work she does each day at Cleveland High School. We are very excited for her to be honored in this way and know that she will represent us well at the national level.”

Congratulations to Mrs. Autumn O’Bryan on being named NASSP Tennessee Principal of the Year! Thank you for your dedication to our students.