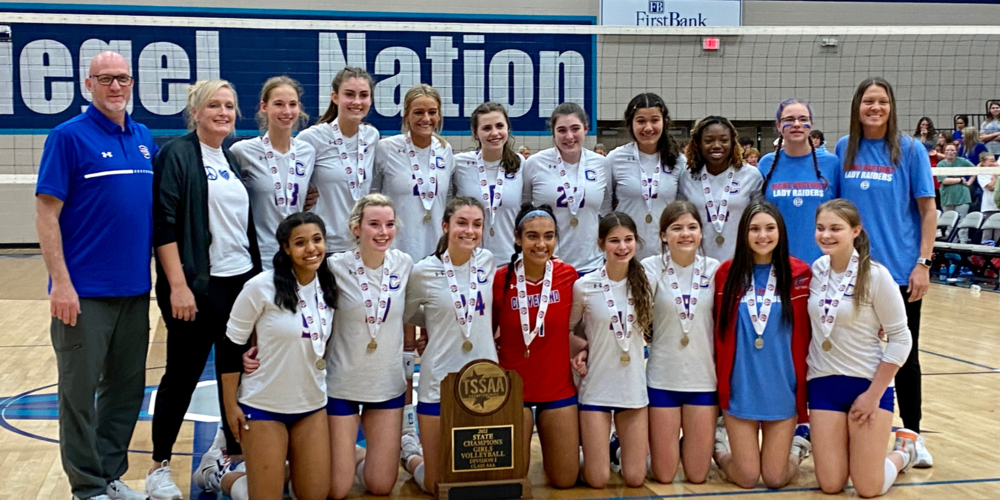 Lady Raiders found themselves in the finals against Collierville after winning their first three matches in three straight sets. In the end, the Lady Raiders came out with a 3-0 win over Collierville at Siegel High School in Murfreesboro.

Head Coach Amy McGowan said the state championship tournament has been on the minds of her players since the start of the season.

“I’m just so happy for those girls,” McGowan said. “When you think about it and you work from day one, you go in and just to see it come to fruition, it’s just amazing. They just don’t let up.”

“I’m so proud of this group of girls and coaches,” Athletic Director Al Morris said. “History was made tonight and Blue Raider Nation is holding the championship banner tonight!”

The Lady Raiders finished the season at 49-5 winning their last 12 matches following their loss to Nolensville in September.

Senior Addison Hurst was named MVP with 26 kills against Collierville in the finals Friday night.